5 Great Ads (And Why They Work)

Can anyone remember a world before advertising? It seems like we’re inundated with ads on a daily basis. In the 1970s, people were exposed to around 500 ads per day. Fast forward to 2021 and that estimate has increased dramatically. People are now estimated to be exposed to between 6,000 to 10,000 ads every single day.

That’s a 1900% increase! No wonder it’s harder than ever to compete in the ever-evolving jungle of digital advertising. Many advertisers are struggling to grab and keep customer attention. Ad campaigns have had to become even more creative and engaging than ever before.

With only about 8 seconds to grab a potential customer’s attention, ads need to be engaging, informative, and attention-grabbing instantly. We found 5 ads that we think do  just that.

These examples illustrate the creative and out-of-the-box thinking that is needed in this fast-paced ad landscape. These five great ads show the kind of work that needs to be done to drive results.

When the pandemic hit, museums and art galleries had to figure out how to keep people engaged from the comfort of their home. The Getty Museum not only stepped up to the challenge but they created a viral, interactive campaign in the process.

The genius behind this campaign? Timing. It launched in early 2020 when the pandemic had just hit and people were wondering how long they’d be stuck inside. Having already watched all of Tiger King twice, people jumped at the chance to be silly and creative with what they already had at home.

This campaign didn’t require special tools, materials, or skills. It just asked for fans’ creativity at a time when we were all starting to feel a little stir crazy.

This campaign used something very important to help engage users and encourage people to share which is  User Generated Content (UGC). Especially when it comes to social campaigns, UGC is the new word-of-mouth marketing. Any campaigns that encourage users to create content to share on their networks and share with their friends will increase the overall reach and exponentially increase the audience size! 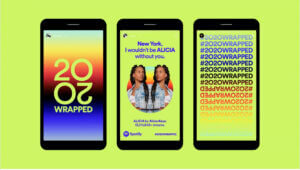 Speaking of UGC, no company has been doing it better than Spotify the last few years. For music fans, Spotify is the go-to daily. With so much user activity, Spotify can learn a lot about your preferences and habits.

What did they decide to do with all this data? They created a yearly summary not only for fans, but also for the artists on the platform. Can you say “recipe for a viral campaign”? Because that is absolutely what they found.

After a few years of this, they finally perfected it. Spotify didn’t offer it’s artists and users a quick little analytics dashboard, no. They took it to the next shareable level and created dynamic, highly visual, and appropriately sized-for-social images that made sharing as easy as it’s supposed to be.

Artists and fans were sharing their music findings which encouraged other Spotify users to check out and share their stats so they could compare with friends.

This campaign is a win because it hits all the points for shareability. The content was easy to share, relatable, and user-specific. All helpful elements for going viral. This campaign created thousands of brand advocates overnight and generated lots of free marketing for the company!

Dove’s #RealBeauty campaign is a lesson in two things: listening to your customer’s needs and finding what works and continuing to do it again and again.

This campaign first debuted in 2004. Yes, really! After a research study, Dove found that only 2% of the women in their groups considered themselves beautiful. This sparked an idea that has been a successful, decade plus long campaign.

Of course, it has grown and changed over the years but the goals have stayed the same which are to empower women and make them feel more beautiful through more relatable models and, of course, actual users. Even though more than 15 years have passed since the launch, 70% of women don’t feel represented by everyday images in the media. That’s a huge customer base that Dove is not willing to ignore.

By taking the time to listen to their customers’ needs, Dove was able to pinpoint a problem that it wanted to help solve for them. At the end of the day, that is the exact goal of marketing. While these campaigns don’t solve the issue of underrepresentation in the media, Dove did create a relationship and built trust with that 70% of women who now see themselves as Dove models.

Since beginning this campaign, the company has nearly doubled its worth to a $4.5 billion valuation. If that’s not a lesson in listening to your customers, we’re not sure what is.

It’s fair to say that Slack has been making a splash with their marketing since the beginning and they found the right combination of silly and professional that really spoke to their core user-base.

This Facebook campaign is just one amazing example of how they have been able to seamlessly incorporate the absurd, laidback nature of social media and marry it with the professionalism that a business communication tool offers.

The key here is that Slack intimately understood their audience. Would these kinds of ads have worked if they were selling a tool for stock market pros who work in the finance sector? Probably not. These were tailor-made for the millennial, start-up, social-media-raised professionals who work in the digital space.

Slack knew very well who their audience was, what their needs were (less meetings), and how to capture their attention because they took the time to understand who they were talking to and speak to them in the appropriate voice.

The lesson here? Know your audience. 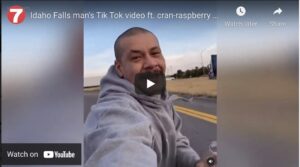 And that’s exactly what Ocean Spray did with a viral social media trend that started on TikTok. A man named Nathan Apodaca posted a video longboarding with a bottle of Ocean Spray to the soundtrack of Fleetwood Mac’s Dreams playing in the background and it took social media by storm racking in over 25M views and thousands of copycat videos, posts, and memes!

What did Ocean Spray do? First, they sat back and watched the campaign evolve on its own. They were getting millions of free advertising views anyway, so might as well let it keep going. Once it had undeniably become an online sensation, Ocean Spray jumped in by gifting Nathan a new truck, packed with bottles of Cran-Raspberry. He was originally longboarding because his car wasn’t working.

Ocean Spray’s move was a simple one: maintain a positive brand sentiment and show that they are listening. When brands go viral, the fans sit and watch to see how the brand responds. In this case, Ocean Spray didn’t try to capitalize on the opportunity with their own version — the original was already doing so well for them. Instead, they acknowledged the trend, thanked the creator, and created positive sentiment around the brand.

Of course to do this, it is really helpful to have a social listening tool. Utilizing something that helps to gauge brand sentiment and mentions across social media channels makes it easier to spot and jump on opportunities when appropriate. It also helps brands to monitor for negative feedback and course correct quickly!

These examples show us that there are three main things that work to make a successful ad campaign: knowing your audience, connection, and shareability.

Step one is knowing your audience really well. Taking time to understand where they work, how they talk, what they do in their free time, what they struggle with and then aligning ad creative with this will already be a recipe for success. Step one to solving your customers’ pain points is knowing their pain points.

With that customer insight, each brand here was able to create a connection with their core audience that made it less like an ad and more like interactive content.

Another key thing to think about when designing ad strategies for the future is shareability. Many of the top ads are extremely shareable and even encourage sharing on social media through personalization. It’s time to start asking “what would make people share this information” in strategy meetings! 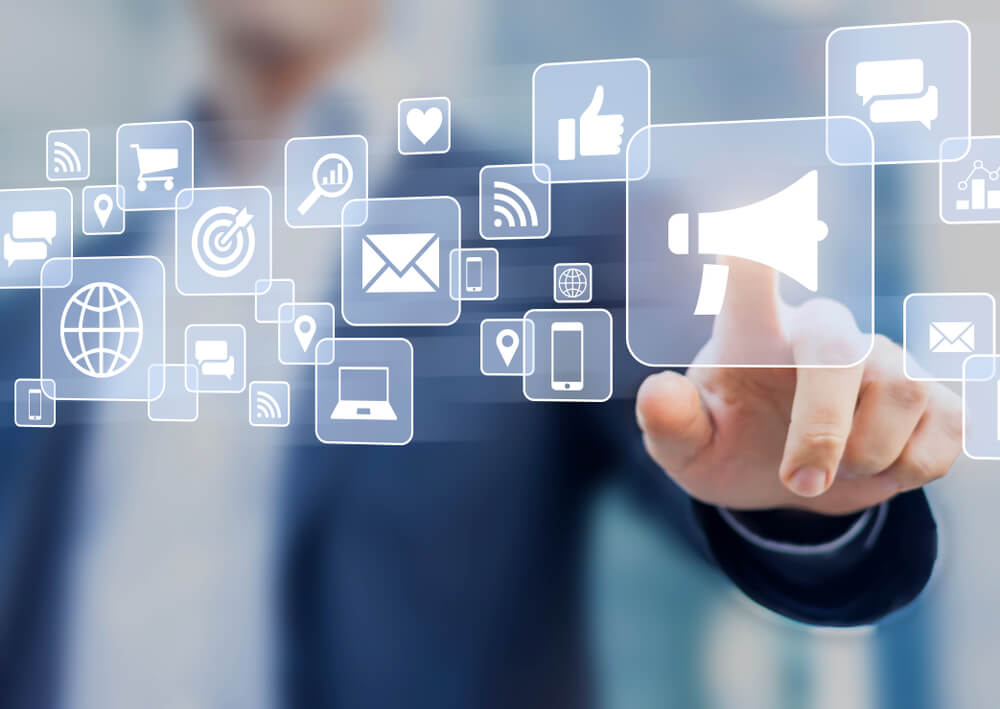